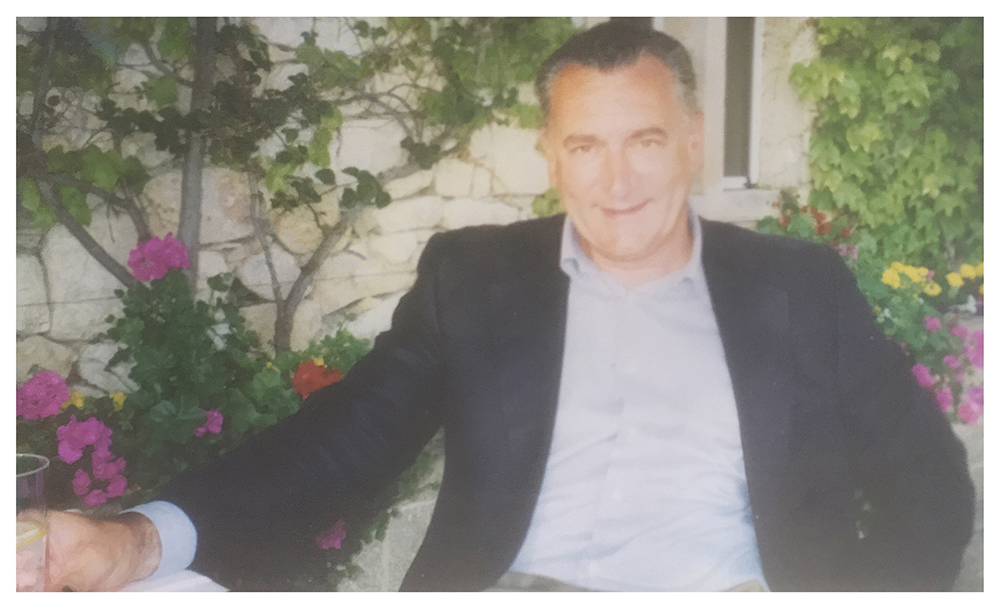 Steve's impressive expertise in post production is best shown by the sheer volume of production companies and colleagues who trusted him. His career spans a huge list of over 70 feature films and more than 100 hours of TV drama.

Working as a Post Production Supervisor from the 1980s, his credits include Chocolat, Touching the Void, Micky Blue Eyes, Stella, and Whitechapel.

Perhaps most notably, he worked every episode of Doc Martin produced so far. This comprises 62 episodes in total from 2004 through now, made by Buffalo Pictures for ITV.

Steve was a very regular friendly face at Production Guild and industry events and we’re so glad he was. It was a great pleasure to speak to him so often and he always welcomed a catch up. We will all miss those moments with him very much.

Memories of Steve
This page will also enable members and friends to share their stories and memories of Steve. If you would like to send us a contribution, please e-mail Gareth, [javascript protected email address] who will post them here for everyone to read. The page will be updated as contributions come in.

Andrew Bendel, Producer, Blue Horizon Productions
"I recently learnt about Steve passing. He held my hand throughout post-production on Metroland, going above and beyond the call of duty to help me out. His professionalism, knowledge and humour – combined with a fondness for lengthy old-school Soho lunches – made him the go-to guy for any post-production question I ever had over the years. No question was ever too trivial. He was a gentleman, and I’ll miss him."

Ruth Hodgson, Head of Post Production, Film Finances
"Steve was one of the first post production professionals I met when I first started in the industry in the 1990s and I was lucky enough to work for him on three films in those early days. He was hugely experienced and generous in his willingess to share his considerable knowledge and expertise. Steve was a true gentleman and I was always delighted to see his name attached to a project crossing my desk at Film Finances. I have many happy memories of lunches (usually long) taken under the guise of ‘reviewing the schedule’. Time spent with Steve was always a pleasure and I will miss him very much. Sending my best wishes to Mrs B and all the family."

Liz Pearson - Post Production Supervisor
"So shocked to hear the sad news about Steve. I have known Steve for more years than I care to remember.
We used to see each other in Soho and have long chats on Post Production. He was a lovely gentleman with a great sense of humour who will be greatly missed.
Sending best wishes to the Family"

Peter McAleese, Executive Producer
"I was lucky to count Steve amongst my very good friends for many many years....his passing is a great loss to the industry in general and I in particular will miss his fantastic sense of humour and amazing professionalism plus all those drinks in The Crown & Two Chairmen!...he was one of the industry's true gentlemen and I will hold my many fond memories of him close to my heart always."

Hugh Grant, Actor
"News reached me yesterday about Steve. I knew him when he worked on Mickey Blue Eyes in about 1998 and I really loved him and he became a friend and golf chum. Im very, very sad to hear the news and I send my love to his family. Especially Mrs B whose terrace was always a source of anxiety to me."

Liz Clarke, Director of Operations, Mirriad
"I first met Steve 18 years ago to discuss deliverables and we had lunch in Luigi's in Wardour St, now long gone. We then worked together on many of his other films and he was a true delight to work with. He brought integrity, was incredibly knowledgeable and always willing to share his knowledge. He was a gentleman and a gentle man with such an infectious laugh. I will miss him and he will be much missed.

My thoughts are with his family. Bless you Steve."

The team at Creativity Media
"On behalf of everyone here at Creativity Media, we are truly sorry for your loss. Steve was a delight to work with, and he will be missed greatly. He was a fantastic Post Production Supervisor to work with on Tango One & Honeytrap. He always bought a ray of sunshine to every production he worked with and really bonded the team together."

Nicky Earnshaw, Head of Production
"In my early career, I was Steve’s post co-ordinator on a TV drama, but knew nothing about post! Steve took me out to lunch and talked me through every bit of the post process, which I have many times since been grateful for. He was a lovely man and sharing with his knowledge. I’ll remember him fondly. Very best wishes to his family."

Gina Marsh, Production Executive, Sister Pictures
"I remember Steve as an absolute rock and a gentleman when I was line producer on Touching the Void. We had very little money and went knocking on every door in Soho with our begging bowl. He was extremely extremely generous with his knowledge, patient and kind. These are happy memories and I think all the people associated with that film will feel a great sadness at his passing."

Jackie Vance, Post Production Supervisor
"My memories of Steve go way back to my days training and being an assistant editor at De Lane Lea. He was the quiet guy with an office who did a job I didn't really know much about.

Later I found myself working as a post supervisor and joining the Guild. I don't remember when Steve and I started hooking up at all the events but once we did we always made sure the other would be there and we would meet up and maybe have a drink together and discuss the woes of being a post super....

We became real allies and discussed forthcoming projects that may be worth chasing. We also tried to work together on various projects, without success, but this was still our aim until he became ill. We were texting up until the tragic day that Ben, his son, replied to my last text.

Steve's last text to me was regarding a 35mm film budget I was doing:

"I know you will have thought of it, but just in case, don't forget film de-spot/clean up in the budget"

Bless you Steve, always a gentleman, always helpful, always there for me but now you have gone! Gutted."

Paul Sattin – Sapex Scripts
"I was truly shocked to learn of Steve’s passing. I’ve known and worked with Steve for more 30 years; he was one of the very first Post Production Supervisors I’d met when we were both a lot younger and he was working at Cannon. The first picture was King Solomon’s Mines - onwards and onwards and onwards – over the years more than 50 feature films and a number of TV series. It was always good to see Steve at the various PG events and catch up, if not reminisce - very honourable, very loyal – thank you Steve – RIP."

Alison Small, Chief Executive, Production Guild
"It’s such sad news about Steve.
All of us at the PG are going to miss him hugely. Without exception, Steve made an effort to come along to our events and talk to every one of the team about what we were up to, and what was happening in the industry (and particularly the trials and tribulations of being a post-production supervisor). He was kind and thoughtful, and genuinely seemed to enjoy being a part of the Production Guild.
RIP my friend."