John began his career as a Location Accountant working up the ranks to Production Controller. Recognising the need for an efficient and reliable payroll service, he founded Sargent-Disc with his wife Marjia together with their US affiliate Disc (now Entertainment Partners) in 1986.

John was the Chairman and Honorary Treasurer of the Production Guild for a number of years giving his expertise to advise industry bodies and government, helping to build a sustainable UK industry. Throughout his career he nurtured several generations of production payroll and accounting talent, by sharing his vast knowledge and experience with those at earlier stages of their careers.

This page will also enable members and friends to share their stories and memories of John. If you would like to send us a contribution, please e-mail Hayley, hayley@productionguild.com who will post them here for everyone to read. The page will be updated as contributions come in.

Roy Button
John was a long time influence on the industry. Drawing on his experience of many years in production to setting up Sargent-Disc, he implemented innovative systems and support for production finance. John was a fantastic and massive help to the UK film industry and his family continues this legacy by providing great help and advice.

He is a great loss and God bless.

Betty Ainslie, Assistant Accountant
I first worked for John and Marija in 1983. John was a very knowledgable person and was great at training and mentoring young people. I was fortunate enough to work several times over the years at Sargent-Disc for John who taught me so much. John was also very kind and I have such happy memories of working with both John and Marija and in later years, Lara and Laurence. John you will be greatly missed. My love goes out to Marija, Lara and Laurence.

Mike Smith, Financial Controller
I was deeply saddened to learn of John's death and my sympathy goes to his family. I knew John personally before the start of Sargent-Disc and, once that was up and running, I made sure that all of the subsequent productions that I was involved with utilised their services whenever, and wherever, possible. The Industry will miss him.

Carolyn Hall, Financial Controller
I first got to know John in the early 1970’s. We both had offices in the admin building at Pinewood. He would drop in to see me when passing. I was having a house built and John and Marija were significantly extending their home in Marlow at the same time, so we used to share our solutions and frustrations at the building process. We obviously talked shop and come the 1980’s, John introduced me to computers and we were both keen to get involved. I remember the hard work that he and Marija put in to establish Sargent-Disc. Long hours and having to weather the periodic downturns that the British Film Industry suffered. John was always someone with whom I could discuss production accounting problems and he was very supportive. We both enjoyed wine and my late husband and I shared some good evenings with John and Marija. John gave a huge amount of time and effort to the Production Guild and I know that when the guild gave him the recent award, it meant a great deal to him. We talked about that when I saw him a few months ago. He tackled his cancer with great fortitude as he did with all the problems in his life. Lara and Laurence have continued his business which goes from strength to strength and Marija is still a vital part of the operation. I recently visited their impressive new premises in Beaconsfield and was amazed at how big a company it has become since I retired ten years ago. He will be much missed but the company he and Marija founded will always stand as a memorial.

David Barron, Producer
I was most saddened to hear that John is no longer with us. I met him many years ago when we worked together on Hellraiser 2, although I notice that he was down as Joe Sargent on his IMDBPro page for the film, which may have been conscious effort to distance himself! We worked together in various capacities many times since then and I could always rely on John’s instant assessment of our financial situation and his suggestions as to how best to handle them. He had a great sense of humour, although it was sometimes hidden under a fairly forthright exterior and I enjoyed working with him a great deal. He was the first and the most successful in identifying the computer’s place in our industry and Sargent-Disc rapidly established itself as the industry leader. He will be missed and my commiserations go to Marija and family.

Geoffrey Odds, Assistant Accountant
I first encountered John when I worked at Pinewood in the Warner's production office in the 1980's and he subsequently introduced me to the Guild. I can't say I was a friend or even a close colleague but John was always a friendly presence and for me a link back to my first experiences in film production. I last met him at a reception at Pinewood in 2015, he was as affable and good humoured as ever and over a long chat he told me a lot of interesting mainly unrepeatable stories about colleagues of old! I am sad to hear he has passed and I will always remember him for his kindness to me, his good humour and as an enduring presence at the studio.

Mark Birmingham, Line Producer
Like many of us in the industry even knowing John was unwell in recent times the news on Wednesday was still sad and shocking. John I've know as long as I can remember and I always felt he was supportive of all of us in the next generation. He was a pillar of the UK film community, his company revolutionised the industry and touched all our lives. Some legacy.

Alison Small
I am deeply saddened that John has passed away. He was a true Brummie gent, with a soft heart and a wicked sense of humour, and he supported the Production Guild, and me personally, in too many ways to mention. His support for several generations of new production accountants has created the world class talent we have today.

I’m going to miss him very much, but I know his kindness and generosity of spirit lives on in his family.

RIP John, you were tremendous.

Timothy Easthill, Production Accountant
Without John and Maria so many would not have the knowledge, skill and experience. I have know both for about 30 years and have so much to be thankful for. We always had a laugh and we always asked about each other and each others' family. Always I had support and we always found an answer.

John you will be sorely missed. Rest in Peace.

Rebecca Daly, Production Accountant
John was much beloved with Irish production accountants. He came to my rescue once for a crash course in amort and pattern budgeting and regularly came to Ireland regularly to teach Movie Magic budgeting courses. He would always take the time to invite the Irish accountants out for lunch and he would always entertain with tall tales of movies past. He will be missed.

Condolences to all the Sargents.


Miriam Kelly, 1st Assistant Accountant
I did a weekend training-course in Production Accounting many years ago. I flew over from Dublin and stayed at a nearby B&B in Pinewood. I met John for the first time, along with other members of the Guild, who were there for the same reason. The training was intensive, but we were won over by John's easy demeanour, good humour and patience. My thoughts are with Family and also with the staff at Sargent-Disc and the Production Guild team, keeping his legacy alive.

Michael O'Sullivan
I first met John in 1979 when he worked as an accountant on Nijinsky for Paramount. He subsequently was the Production accountant on Dragonslayer. In 1982 John and Marija did great work on Lords of Discipline helping prove that computer accounting had a place in the film production world.

It was soon apparent, to me at least, that John was going to take the computer accounting process further. There were a few other production accountants who were also sufficiently forward thinking but there were many at the time who were very vocal in their insistence on the status quo. John and Marija worked tirelessly to bring the nay sayers around to accepting the new world order. This was not easy or popular, but after the launch of the payroll system which became the watch word for production payroll services, the suspicions died down and a new way of doing business in the film industry was born. Paramount Pictures bought into it because of the trust for both John and Marija and all the other studios followed suit.

John and Marija, with the formation of Sargent-Disc, were always at the forefront of the changes needed both in terms of the processes themselves and an early recognition of the talent and skills required to work in this new age.

Our families were very close for many years but as with all things you grow apart. Since retirement I have not maintained many of the relationships fostered over many years in the film industry and I feel very sad about that.

John’s contribution to the industry was indeed enormous and I was very pleased to see his and the family’s contribution honoured at the most recent Production Guild Awards.

He will be sorely missed.

Celeste Talaszek, Production Accountant
John was such a generous man and will be missed by many but none so much as Marija, Laurence & Lara who have my deepest sympathies. He always had time for a chat and knowledge to share. I learned a great deal from John over the years and more than that always enjoyed his company. Very sad to hear he’s left us. 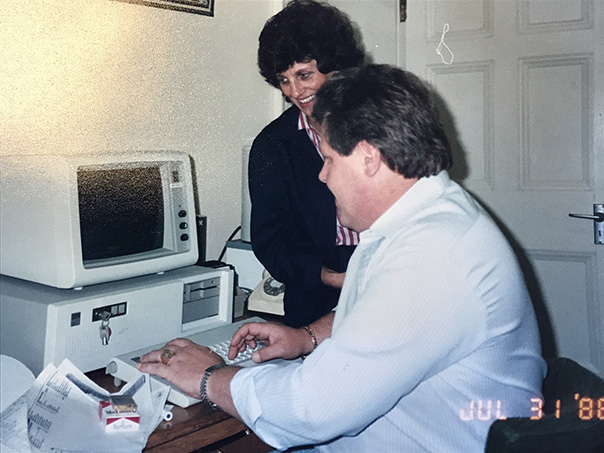 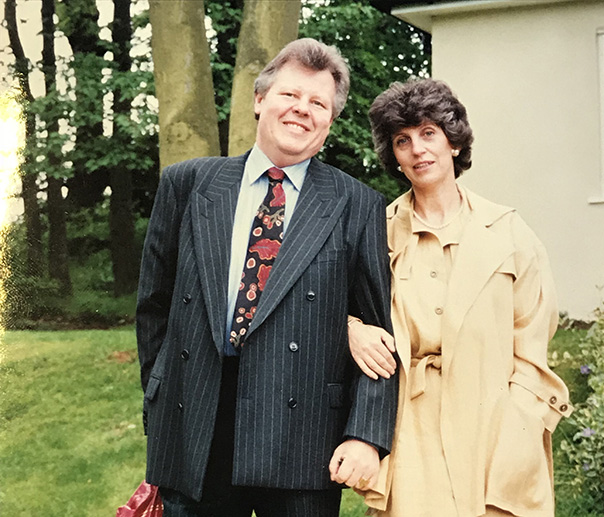 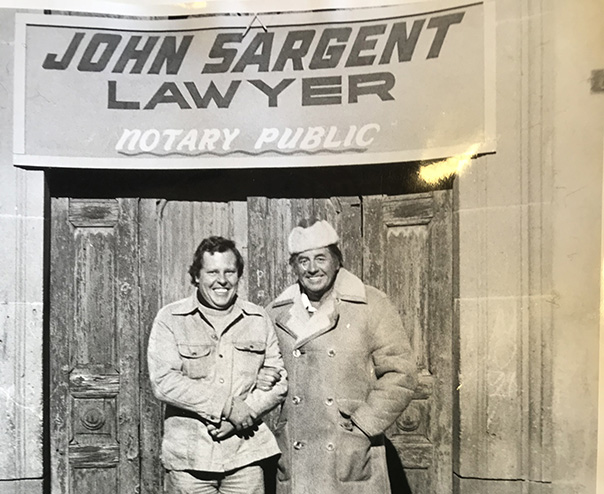