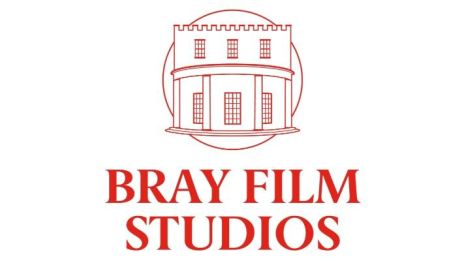 Bray Film Studios is located on the banks of the River Thames, just 26 miles from central London. Established in 1951, the iconic studio is an integral part of British film heritage and fast becoming a world class facility. With an 18th century former English country house at its heart, the studios have provided a creative space for some of the greatest talent in film and music. Ridley Scott built and shot the miniatures for his Academy Award winning sci-fi thriller, ‘Alien’ at the studios in 1978 and a few years before, the cult classic, ‘The Rocky Horror Picture Show’, was brought to life here.

The studios are perhaps best known as the Home of Hammer Films who moved on-site in 1951. Over the span of two decades, Hammer created close to 100 distinctive fantasy and horror films. Starring legendary actors such as the late Peter Cushing and Christopher Lee, films such as ‘The Mummy’, ‘The Curse of Frankenstein’ and Terence Fisher’s ‘Dracula’ became global box-office hits. In subsequent years, cult and classic high-end television shows including ‘Inspector Morse’ and ‘Agatha Christie’s Poirot’, as well as the infamous Guinness Surfer advert were also produced at Bray. As well as a rich film and television history, Bray Film Studios’ sound stages have provided both concert and rehearsal space for an incredible roster of international artists. Eric Clapton’s best-selling album, MTV Unplugged, was aired and recorded live at Bray Film Studios and Led Zeppelin, Pink Floyd, Radiohead, David Bowie, Queen and Amy Winehouse are just some of the many musicians who have played here.

The studio has been revived in recent years with the refurbishment of its original stages, the addition of two new sound stages (22,152 and 9,731 sq. ft respectively) providing a current total of 53,636 sq. ft of stage space; further new production offices (39,400 sq. ft) and workshop space (77,480 sq. ft); the addition of 225,000 sq. ft of parking as well as a riverside backlot of almost 183,000 sq. ft and the sensitive restoration of the Grade II listed, Down Place, former home to Alexander Hamilton’s brother-in-law and the original studio building.

Productions since the revival of the studio include ‘The King’s Man’, the acclaimed Elton John biopic ‘Rocketman’, the hit sequel ‘Mamma Mia 2’ and the BBC/Netflix production of ‘Dracula’, which was filmed some 60 years after the original Hammer version was produced at Bray. Currently, a global streaming company is filming a ground-breaking internationally based TV series at Bray Film Studios.

The heritage studios have recently received planning approval for a major new development that will see the next phase of expansion with plans for new state-of-the-art studio facilities. The multi-million-pound scheme will see a total of nine sound stages providing over 146,000 sq. ft of studio space, 79,000 sq. ft workshops, 98,000 sq. ft production support facilities, the permanent retention of a rehearsal building and additional parking.