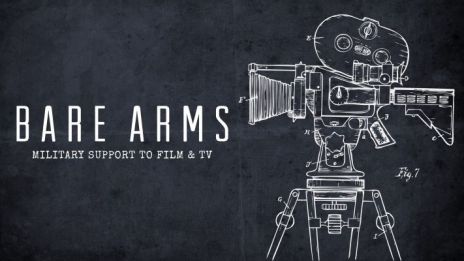 Bare Arms is a veteran owned and operated company working across film, television, theatre and games that aims to provide everything required for productions and sequences featuring the military armed police and firearms in general. Bare Arms can get you the people, the equipment, the uniforms and the vehicles to bring any scale of sequence to life, from a SWAT team clearing a building to full scale WW2 battle.

They have been running the industry’s premiere firearms training courses since 2017 in an effort to keep the British film industry the safest in the world and they have an unblemished record. To date they have trained over 300 of the UKs actors, stunt performers and crew, including the casts of Mission: Impossible – Dead Reckoning and SAS:Rogue Heroes.

They assist all departments at the production level to provide a series of comprehensive services, including technical advisers; specialist firearms and military performers; armourers and armoury services; wardrobe, uniform and costume; props and military equipment; vehicles, aircraft and military assets. Our flexible and detailed approach means that they add a huge amount of value to every level and stage of the production process.

With advisers from across the military services and police including: counter-terrorism: the Met: covert surveillance and the special forces, they are set up to provide support from the script development stage all the way through to editing. Our highly trained and capable performers enable us to create complex sequences and realistic battles with the minimum amount of effort, saving productions time and money.