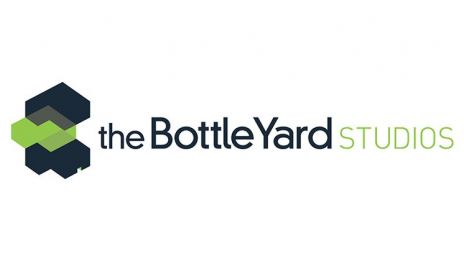 The Bottle Yard Studios is the largest dedicated film and TV studio facility in the West of England.

With eight stages of flexible space just two hours from London and 15 mins from Bristol city centre, it attracts UK and overseas productions of all sizes.

• Extensive back lot for unit base, exterior sets and driving/stunt sequences

The Bottle Yard is also home to a creative hub of more than 20 on-site tenant companies, providing a host of services including creative, digital, technical and audio/visual expertise, grips, transport, structural, fire and safety assistance.

Situated on the doorstep of the South West of England, The Bottle Yard Studios offers access to a fantastic range of film locations, from Regency Georgian to gritty industrial and picturesque coastline. It also offers excellent links to the highly experienced crew based in and around Bristol, a city with a vivid track record in film and TV production. Bristol Film Office is on hand to provide free, dedicated support for filming.

Laura oversees the Council’s film strategy and is responsible for the management of The Bottle Yard Studios and Bristol Film Office. She manages day to day site…

Emma assists productions and tenants from initial induction to final wind up, handling all filming requirements and ensuring visitors have a positive experience…

Working closely with the co-ordinators and reporting to the Site Director, Rebecca assists with the smooth running of the site’s day-to-day operations, carrying…