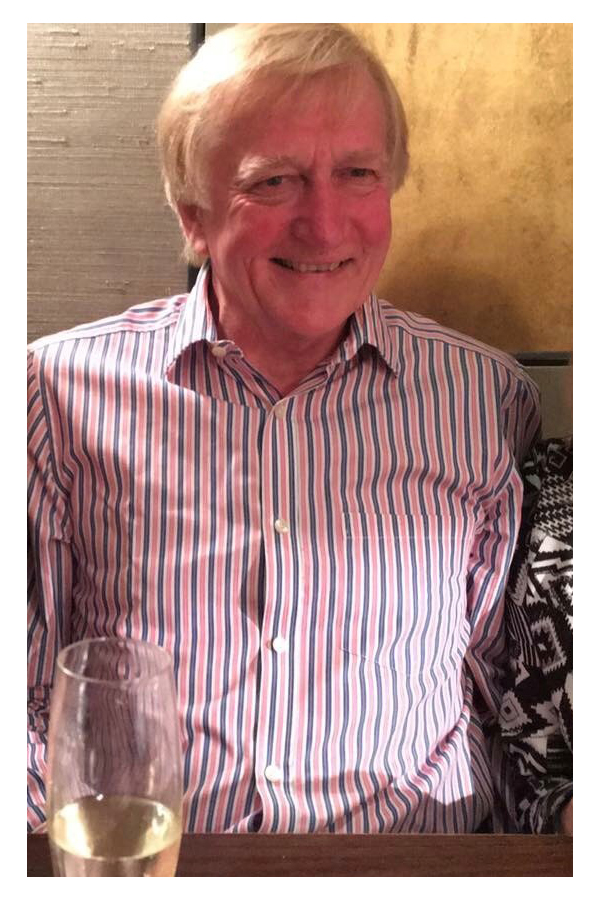 Andrew was a very experienced Assistant Accountant. He began his career as Accounts Assistant on The Jackal starring Bruce Willis, Richard Gere, and Sidney Poitier. And he continued in that role on Steven Spielberg's, Saving Private Ryan.

Once he became an Assistant Accountant, he seemed in demand and consistently on production. His work included Entrapment, Harry Potter and the Chamber of Secrets, Alexander, and Charlie and the Chocolate Factory, among many others.

Jay Rosenwink, VP Physical Production Finance, Warner Bros. Productions
“I had the fortune of working with Andrew on various projects, over a span of 17 years. It was always a pleasure to have Andrew on the team sheet of one of our shows, you certainly knew you were covered in that area if Andrew was on board. He was a gentleman with a quick mind and quicker wit. Our industry will be the lesser without his tremendous knowledge and experience but all of us are the richer for having him as part of our lives. I’ll miss you mate, rest in peace, you’ve earned it.”

Nikki Penny, VFX Producer / Executive Producer
"It was such an enormous shock to read about Andrew’s passing. I worked on several movies with him, including as recently as Mission Impossible 6 and have very fond memories of working with him. He was always a welcoming familiar face when you were on a show. His laconic wit made us smile. His warmth and charm stood out."

I only had the opportunity to work alongside him once on Pan, but we shared an office and in that time learnt a great deal about the industry and his life. What stayed with me most - aside from his vast knowledge and sense of humor - was the love he had for his family, especially his wife Margaret.

He was always supportive of me and would be very generous with his advice when asked, for which I'm very thankful.

Andrew will be greatly missed. Thoughts are with his family."

Carolyn Hall, Financial Controller
"Andrew’s sister asked me if I could help get Andrew started in production accounting in the mid nineties. Frances Richardson kindly took him on to Day of the Jackal and then he worked on several subsequent productions with me. He worked hard and became a really solid member of the accounts department, a person who was totally reliable. He was unfailingly good natured and put up with lot of teasing from me. I always threatened him with having to work in Bermuda and wear Bermuda shorts!

We kept in touch even though I have been retired quite a while and he will be much missed."

Sue Quinn, Location Manager
"I was so very saddened to hear of Andrew’s passing. He was extremely kind to me and was always there to help. I enjoyed working with him very much, straight talking, a true gent with a wicked sense of humour. I will miss my visits to see him with Louis the dachshund they were his favourite dog, we had lots of dog tales. My thoughts are with his family."

Betty Williams, Financial Controller
"Very sad news that I will not be seeing Andrew again but I am glad he is at peace. We have worked together many times, he was a valuable asset to any accounting department, highly respected by all crew members for his payroll expertise. A master in his field, fastidious, accepting only neat & correctly completed paperwork. He was positive, reliable & mostly even tempered (there was the odd hiccup). A devoted family man, teased often that his wife Margaret made his breakfast & allegedly scraped the ice from his windscreen just to get him out of the house. He talked often of Margaret, their adored daughter Jassy & his dogs, always with affection & love. His only downfall were the terrible jokes! I would roll my eyes but would always laugh.

I have lovely memories of this dear man & will miss our conversations."

Paul Cadiou, Production Accountant
"I first met Andrew when he poked his head round the door of the office I was in at Pinewood and asked if I might consider him when I next had a project. I hasten to add, he did introduce himself first but his forthrightness personality and likeability took over straight after the introduction.

Andrew and I went on to work together over a rather short period of 6 years, but only on 4 productions, which has surprised me. However, he was a very hard man to get hold of, such was his popularity and professionalism, so it wasn't really my fault it was only four times.

Andrew was much more than an Assistant Accountant, he was in all probability a co-Accountant when we worked together, very capable of being left to take control of all aspects of the job without me having to worry. Being away on location with him became do-able rather than a slog because he was a sociable person and a good laugh to spend time with.

We became friends very easily and we, plus wives, managed to meet for a lunch when he was in between projects. That wasn't so easy because he was always snapped up for the next well before he had finished the current one. I shall miss those lunches.

See you up there old boy"

Lisa-Kim Ling Kuan, Production Finance Manager, Netflix Singapore
"Andrew, fondly known as Drew by most of us had many catch phrases which we continued to use even when he is not on a show with us.

Here are a few to make us smile :-

~ Ah there you are, Young Man!

When asked how he is, Andrew's reply would often be

A crew member comes in with a payroll query, Andrew would say

~ Now is not a good time

Finally, when the phone rings and the person answering asks is that Andrew, he replies

In sadness, he is not with us anymore but the Andrew-isms lives on."

Ann Ormesher, Assistant Accountant
"I was lucky enough to work with Andrew on four films over various stages of my career.

Professionally, I will always remember Andrew for his unique approach to payroll that earned him the respect of Accountants and Producers. He was the best in the business.

Personally, in his more relaxed moments, I will remember him for our wonderful chats about his extraordinary life and the valuable advice he has given me over the years. The love that he felt for his family (including his furry babies) was heartwarming and inspirational. Particularly with regards to his wife, Margaret, whom I have never met, but from my time with Andrew I gained a brief insight into the affectionate teamwork that was an integral part of their marriage. And on occasion I was party to previews of incredibly thoughtful anniversary gifts!

It is my regret that we had lost touch over the last few years due to our paths not crossing professionally again. But I would often hear news about Andrew from mutual friends so I know he will be well remembered and have a place in a lot of people's hearts. So for a change Andrew this is about you - and not 'the others'."

Terry Bamber, UPM
"Always generous of spirit, generous of his time and generous with his kindness."

Fry Martin, Production Accountant
"I am so sad & shocked to hear the news of Andrew passing.
I have very fond memories of him, I had the great pleasure of working with him on Saving Private Ryan which was my very 1st production & he affectionately gained the name "Drew" by myself & Lisa-Kim, he would say you can call me anything just do not call me Andy...
He was a lovely professional guy & extremely good with the crew, he was so approachable.
I want to pass on my condolences to his wife Margret.
Rest In Peace Drew."

Alison Small, Chief Executive, The Production Guild
"I am so sad that we have lost Andrew. I’m going to miss him very much.
I didn’t know him very well, but I trusted him very much.
He always kept me on my toes. He never held back from telling me what he thought. He demanded excellence of me and the Production Guild, and I loved him for being grumpy with me if I didn’t meet his high standards.

May he rest in peace."

Jennifer Griffin, Assistant Accountant
"It was with great sadness I heard the news; I only worked with Andrew once and I am so glad I got the opportunity, he was such a lovely guy. It is true he was so in demand, I even emailed a few months ago to see if we could work together again this year.

Andrew and I were the two from a slightly older generation, or a little more experienced one would prefer to say, then the rest of the accounts crew; he was definitely old school! He had some fabulous stories from before he came into the world of film and, although I only knew him for a short time he made a great impress and made me laugh. My deepest sympathy goes to his wife and daughter and his 2 lovely dachshunds (he spoke of all of them so fondly). RIP Andrew."